Every good marketer should ignore millennials 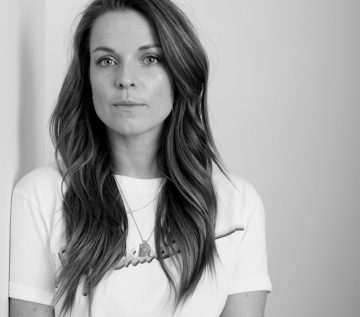 Influencer marketing is not just about likes, it’s more important that content resonates with the audienece in a meaningful way. In doing so, Maddie, Raedts, Founder and CCO at influencer marketing agency IMA, just accuired by Sorell’s S4 Capital, advises all brands to be authentic across their platforms. Maddie will be one our speakers this year and we talked to her about the behind the scenes of the influencer marketing industry.

How and why did you start to deal with influential marketing? At what point did you decide to make it into your own business?

I started with Influencer Marketing back in 2009, when I was working for Fashiolista.com, an online fashion platform comparable to Pinterest. It was long before Instagram and Pinterest were even launched. My responsibility was to grow the platform using international fashion bloggers, and I did that with huge success. We grew the platform to 3 million active members around the globe in 2012.

Then, my business partner Emilie Tabor and I launched IMA, simply because we saw this opportunity to work with these bloggers/influencers on a much larger scale. We had built up this amazing global network of influencers, and had brands asking for it on the other side. So we jumped on it, launched our agency, and it became a huge global success. We were the first ever to do so, on a global scale, creating end-to-end influencer marketing strategies and campaigns for leading brands.

Is influential marketing compatible with every brand?

Everyone consumes media in some form or another that is influencing the decisions that we make, whether we are aware of it or it is simply happening subconsciously. This means that we can create strategies for almost all brands. It’s just that it may not be on the typical Instagram feed that everyone is used to; it could also be on, say, LinkedIn or a podcast.

Which social media platforms are most suitable for an influential marketing campaign? Which are barely used or not used enough? Which do you think have the most potential in the future?

In Europe and America there are 5 main social platforms: Instagram, YouTube, Facebook, Twitter and Snapchat. Instagram is by far the most widely used, as its photo sharing abilities lends itself to be easy to interact with. YouTube is a major channel for influencer marketing; however, the cost of producing a video far exceeds that of, say, an Instagram post or tweet, causing a fairly big barrier to entry for some brands. Currently, TikTok is looking to have the most potential; it currently has 500 million active users and is growing daily.

What are the tricks/functionalities for better influential marketing performance?

The best advice that we always tell brands is to be authentic, and be native to the platform. What I mean is allow the influencer to connect with their audience in a way that makes sense for them. And make sure the content that is created fits into the platform; if it looks like a brand has dropped it into a feed, you could see negative implications not only for the brand, but also the influencer.

How can we identify an influencer with fake followers?

The easiest is to check their actual impressions on a post. You are able to buy followers and engagements but you aren’t able to buy impressions. You’ll be able to see if the ratio between impressions and followers is less than 10%; this may mean that they have fake followers, or that their audience is no longer seeing their content (dormant followers).

Which are one of your favorite IMA global campaigns? Which brands are using influencers in the best possible way?

Under Armour Rush that we just wrapped up in London: 35 influencers were asked to find their ‘one percent’. We generated over 55 million impressions from 5,727 posts, exceeding the KPI by over 1200%. Under Armour is a best in class example for how they interact with the influencers and really make them brand ambassadors.

Around 2.5 hours: it’s life, it’s what we do. We are all digital natives and we love it. However, personally, I am very aware of keeping a healthy balance, and I keep my team aware of that too. Put your phone away at the weekends and at night, and don’t get sucked into social media too much. Keeping that balance is key. I also see social media very much as a business, so in my private life I don’t even use it that much, funnily enough.

In 2017, Maddie Raedts was also ranked on Forbes’ Top 30 under 30 Europe in the media category. Along with Maddie, Jay Shetty, who was a producer at The Huffington Post at the time, was also on the same list. Jay is now known primarily as a motivational speaker and influencer with millions of fans and Maddie is the one pulling the strings behind 10 billion dollar influencer marketing industry. Interested in more? Tickets for SEMPL are still available. Join us in Portorož!

Design Psychology: Focus on your behaviour to create changes