The famous copywriter Vikki Ross is coming to Portorož 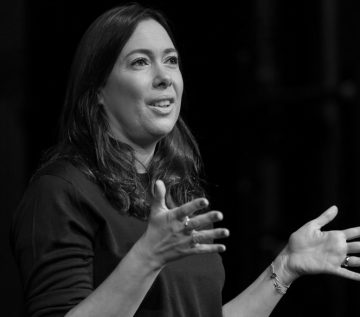 The star among enviable female line up, half of the so far confirmed speakers for the 21st SEMPL conference are women, is definitely British Vikki Ross. The creative genius, world-renowned copywriter and founder of the #copywritersunite movement is the voice behind some of the world's biggest brands.

At the age of twelve, Vikki Ross knew she wanted to write. But there was a mere coincidence that she became a copywriter. While working as a personal assistant in a tiny PR agency she asked to write a reader offer. It was so successful that they immediately moved her into creative. After a short break from work she wanted a job as a copywriter – unsuccessfully. And she did the same thing as before: took a job as a PA at The Body Shop, asked to some copywriting and ended as one of the leading creatives in their creative studio.

From there on, her career only went up. So far, she has been the voice behind many big brands such as Sky, Tesco, Durex, Virgin Media, ITV, Expedia, Hotels.com. Actually, Vikki Ross is said to be the voice behind more brands than we will ever know. In 2017, she was named as one of the top 30 female creative leaders. She teaches copywriting at the most awarded advertising school and mentors young female creatives. As a specialist in branding and tone of voice, she travels the world telling businesses how to talk.

Vikki Ross will inspire you with her Keynote “Brand vs. Bland”! Registrations and special First time on SEMPL discounts are still available.

Why crisis is our best friend 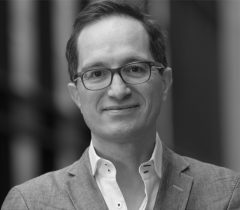 “SEMPL is a great conference, great audience, wonderful content. It‘s an absolute delight and joy to be here."